Judah Benjamin (1811-1884) was born in the Danish West Indies, but immigrated to the United States as a boy and rose to prominence as an attorney and politician, first as a senator from Louisiana and, during the Civil War, as Attorney General, Secretary of War, and finally Secretary of State of the Confederacy.  Benjamin campaigned for European recognition of the Confederacy, oversaw the Confederate Secret Service, and has been suspected of involvement in the assassination of Abraham Lincoln.  At the end of the war, Benjamin rebuilt his life in Europe, serving as a barrister in England until his death.

Cody Knotts relies on decades of political experience and extensive historical knowledge to bring to life the enigmatic "dark prince of the Confederacy." 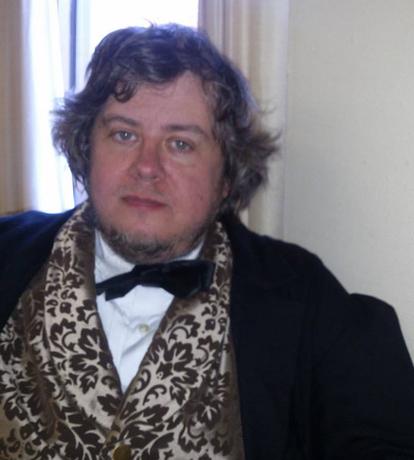