Catharine of Aragon (1485-1536), first wife of Henry VIII and daughter of Isabella and Ferdinand of Spain, was a resolute and determined woman who signed her final letter to the king as Queen of England even though Anne Boleyn then occupied the throne.

Emily Lapisardi initially appeared as Queen Catharine in a monolog from Shakespeare’s Henry VIII and was selected as a finalist in the 1997 Pittsburgh Public Theater Shakespearean Monolog Contest.  Further development of this portrayal led to appearances at the Greater Pittsburgh Renaissance Festival, the Center in the Woods, and the California Area Parent Teacher Association’s Elementary School Renaissance Faire. 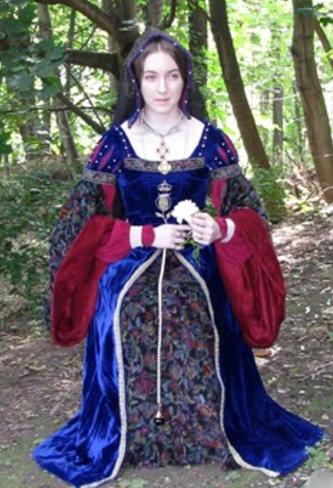